Philip will become one of five Turing AI World-Leading Researcher Fellows, appointed by the UKRI in recognition of his ground-breaking research in the sector.

The fellowship, which begins later this year, will support the creation of a new centre of excellence to ‘make deep learning reliable, robust and deployable’. ‘Deep learning’ describes how machines ‘learn’ to simulate human thinking.

This field of study is vital to the success of many current and future technologies, from self-driving vehicles and medical diagnostic devices, to social networks and a wide range of banking and other digital tools.

As these technologies take a larger part in the lives and economies of the future, ensuring that they work is more important than ever. Failures, though, are becoming apparent as more advance testing is performed.

For example, it’s been demonstrated that a self-driving car can be tricked by markings on the road into swerving to avoid what it interprets as a genuine hazard ahead.

The research undertaken by Philip and his team during this fellowship will aim to improve how AI ‘learns’ and to ensure it can handle the huge amount of data that is fed into it.

Making technology of the future robust 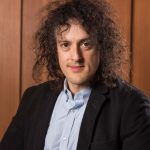 On the announcement, Philip commented: ‘I am thrilled to have been awarded this fellowship from UKRI. The pandemic has made us more reliant on technology than ever before, so it has come at the perfect time.

‘This significant investment will allow me to lead research into how and why AI can fail, and create solutions to overcome challenges we identify. These can support a wide range of applications, from helping those who are partially sighted to improving autonomous vehicles.

‘My mission is to ensure that the technology of the future is robust and I can’t wait to work with my team to achieve this.’

The fellowship being awarded to Philip is named in honour of computing pioneer Alan Turing, whose work was pivotal to the code-breaking effort in the Second World War. Philip’s project will collaborate with four partner organisations: Facebook (International), Five AI, Horizon Robotics and Remark Holdings – who are contributing an additional £1.9 million to the project.

This fellowship comes on top of Philip’s recent admission to the fellowship of The Royal Society.

Another recipient is Philip’s Oxford colleague, Professor Michael Wooldridge. Read more about his project, and the other fellowship recipients, on the UKRI website.

Professor Philip Torr did his DPhil at the University of Oxford. He left Oxford to work for six years as a research scientist for Microsoft Research, first in Redmond, USA, in the Vision Technology Group, then in Cambridge founding the vision side of the Machine Learning and Perception Group.

He then became a Professor in Computer Vision and Machine Learning at Oxford Brookes University. In 2013 Philip returned to the University of Oxford as full professor where he has established the Torr Vision group. He is founder of several companies including Oxsight and AIstetic.