Congratulations to the three St Catz alumni who are featured in the 2020 Forbes 30 Under 30 List.

Ashleigh Ainsley (2011, Geography) co-founded Colorintech, a non-profit organisation that creates opportunities for Ethnic Minorities to enter the technology sector. He is featured on the 30 Under 30 Europe Social Entrepreneurs list.  On being included on the list, he said “In the light of COVID-19 and its disproportionate impact on minority communities the need for organisations to strive for inclusion only grows. I reflect fondly on my time at Catz and the resilience I developed representing the students of the JCR as a great training ground as I grow the social enterprise.”

Ashish Airon (2014, Computer Science) is co-founder of CogniTensor, a start-up that uses AI to predict prices of commodities and energy. He is featured on the 30 Under 30 Asia Enterprise Technology list. Commenting on this achievement, he said “It always was my dream to study at Oxford University. The University provided me with an enabling environment which brought out my entrepreneurial spirit.  The first few incubating years of my start-up began at Oxford University, providing the right stimulus to take the risk and start my journey in Artificial Intelligence, and I strongly believe the small success that I have achieved as an entrepreneur would not have been possible without Oxford and St Catz and the great community that we have.”

David Furlong (2012, Computer Science & Philosophy) is the cofounder of Deedmob, a platform that helps governments, corporates and non-profit organisations adopt best practices in volunteer engagement. He is featured on the 30 Under 30 Europe Social Entrepreneurs list. David said “I’m humbled to have been awarded this honour and grateful to the people I met during my time at Oxford who have helped me along my journey in entrepreneurship.”

You can read more about the list and see Ashleigh and David’s profiles on the Europe list here and see Ashish’s profile on the Asia list here. 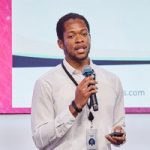 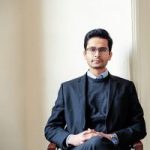 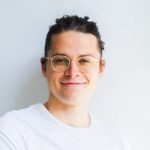