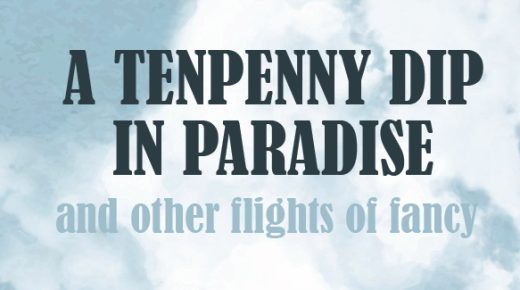 A Tenpenny Dip in Paradise and other flights of fancy

As Don Chapman recalls in his latest book, ‘the University was a far more chauvinist institution’ when he was an undergraduate at St Catherine’s, from 1952-56, ‘than it is today. The women’s colleges – there were no mixed colleges then – kept their students in virtual purdah. A man could not visit a woman’s room without a chaperone. There was even a club with a dark blue tie and a gold bath tap for men who managed to bath in a women’s college. They had to bring back the tap top to prove it!’

He graduated with a degree in English and became a trainee with the Westminster Press. This time it was the landlord of his first digs in Keighley who took the tops off the bath taps. He went to the public baths down the road fearing the worst. ‘Oh, the folly of ignorant prejudice. I issued into paradise. Angelic voices rose from nowhere, water splashed happily to the tune of celestial laving, and a cherubic little man motioned me to a spotless closet, wherein stood the largest bath I had ever seen, filled to the brim with piping hot water, a heavenly loofah floating on its surface.’

Hence the title of his tongue-in-cheek memoir featuring some of the wackier articles he wrote in a 40-year career in journalism. A Tenpenny Dip in Paradise ranges the gamut from the Great Train Robbery to a three-seater loo in Ascension.