I teach 19th- and 20th-century music history and analysis at undergraduate and postgraduate level. Recent undergraduate lecture courses include Richard Strauss and the Representation of Women, The String Quartet after Beethoven, The Art of Song, and Musical Thought and Scholarship. Masters’ seminars have included Aesthetics, Music and Travel, and Love Songs: The Past 900 Years.

I grew up in Salford and was introduced to music by the free violin lessons that in those days were offered in state infant schools. I went on to read music at The Queen’s College, Oxford, then completed a MA at Nottingham and a MFA and PhD at Princeton. I taught for two years at the University of Reading, and for 10 years at the University of Manchester, before joining St Catherine’s and the Music Faculty in October 2014. I have been a Visiting Fellow at Columbia University, New York and at the Max Planck Institute in Berlin. Alongside my academic writing I provide programme notes for venues and events such as the Wigmore Hall, the Barbican, the Oxford Lieder Festival and the Edinburgh International Festival, and appear on the radio (Start the Week and In Our Time on BBC Radio 4, and Building a Library, Record Review and Music Matters on BBC Radio 3).

My PhD and initial publications were concerned with the reception of the life and works of German Romantic composer Robert Schumann. I am particularly interested in the influence his biography has had on our understanding of his music, which I wrote about in Schumann’s Late Style (Cambridge University Press, 2007) and in Rethinking Schumann (co-edited with Roe-Min Kok, Oxford University Press, 2011). Subsequently I was commissioned to write The Song Cycle (Cambridge University Press, 2010), which traces a history of the genre from Beethoven through to today. It considers how ideas about song cycles have been shaped by performers and recording technology, and how song cycles have interacted with other genres: from symphonies and operas to popular music.

From the song cycle book grew my next project, funded by the Arts and Humanities Research Council and the Leverhulme Trust. Singing in the Age of Anxiety: Lieder Performances in New York and London between the World Wars (Chicago University Press, 2018), investigates vocal recitals in London and New York in the 1920s and 30s, examining the impact of interwar politics on British and American musical life and the influence of Austro-German musicians on repertoire and performance styles, as well as the ways in which live concert practices were informed by early recordings, radio and sound film.

From October 2019 I have been awarded a three-year Major Research Fellowship from the Leverhulme Trust, to work on a social and sonic history of the string quartet. I am also writing a book about Beethoven for Penguin, for the 2020 celebrations of the composer’s 250th birthday. I have an ongoing interest in writings on voice and in contemporary opera, reflected in my journal articles on Strauss songs, Bernhard Lang, Thomas Adès, and Scarlett Johannson.

Further information about my research can be found on my Faculty webpage.

The topics of my recent and current doctoral students have ranged from Schubert, Schumann, and Richard Strauss to Japanese art-song, German operetta-film, music in the novels of Tolstoy and Dickens, and medievalism in contemporary opera. I am continuing to supervise doctoral students during my Leverhulme Fellowship and enquiries from prospective researchers are welcome. I have also been a mentor for postdoctoral awards. 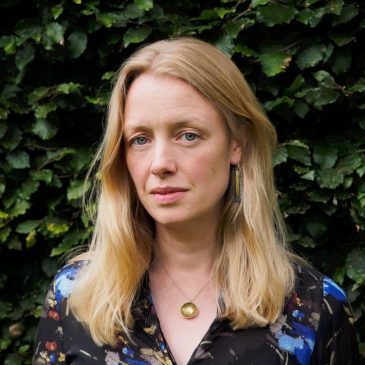