I was an undergraduate student at the University of Bristol before coming to Oxford in 1976 to work as a graduate student with Tony Cheetham, himself an alumnus of the College. I then spent four years as a CEGB Research Fellow at St. Catherine’s before taking up a lecturership at Leeds University in 1984. I returned to the College as a Tutorial Fellow in 1989. I was given the title of Professor of Chemistry in 2002; I had previously held visiting professorships in France at Caen (1988) and Bordeaux (1995).

My research, undertaken with the help of graduate students, lies in the field of solid-state chemistry, with an emphasis on the relationship between the crystal structure and the electrical and magnetic properties of mixed-metal oxides and nitrides, for example La18Li8 Fe5O39 and Fe1.25Pt0.75Mo3N. 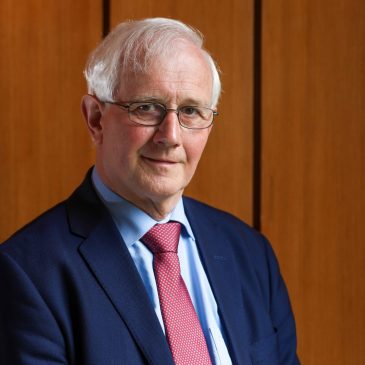