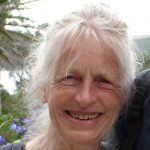 Gilliane joined Catz in 1974 as its first female fellow, the same year that women were first admitted to the College. She remained a Tutor in Engineering until retirement in 2006, when she became an Emeritus Fellow.

How did you find being the first female fellow of St Catherine’s?

It’s difficult to separate the different components of my experience. I hadn’t been a student at Oxford or Cambridge and I’d worked previously in government research so had no experience of university teaching, let alone of the college tutorial system, so I spent the first year of my appointment getting to grips with what was expected of me.

As an engineer, I was used to working in a male-dominated environment, so the atmosphere of the Senior Common Room didn’t feel strange and I found all the fellows approachable and supportive. I do remember Alan Bullock, Master, asking me to join one of the main College committees, the Domestic Committee, and hastily stressing that I wasn’t being asked to join that particular committee because I was a woman!

Did you have a female role model during your career?

No. I left Exeter University with a maths degree, and there had been one or two women lecturers on the staff, but no-one I particularly identified with – and, in any case, at that stage, I would have been astonished by the idea that I might become an academic! During my first job in government research, there simply weren’t any women doing the sort of work I was doing, so there were no role models there.

Were there any ways in which the College was not set up for women when you arrived?

I don’t really have an answer to this. With hindsight, I very much regret not being more involved with the women undergraduates, who could well have been more conscious than I was of being a minority in what had, until then, been a men’s college.

During my first year, I had to work very long hours to prepare tutorials, as well as write lectures and think about setting up research in the engineering department, the University aspect of my appointment as opposed to the College aspect. As a result, I wasn’t much involved with students, other than my own students, all of whom were men.

What was the biggest change that you experienced over the three decades of your time at Catz?

More and more of the engineering students were women, not just in Catz but in the engineering department as a whole. My experience of the College changed too, as I got older and became more senior, and this coincided with changes in the University that led to a greater amount of assessment of academics in terms of their research output.

When I joined Catz, it was still a very young college, and the average age of the fellows was also young, and there was a strong sense of community. I think the sense of community remained but the expression of it in fellows doing together socially has diminished.

Do you have any advice for young women who want to succeed in academia?

I think I’d say that the most important thing is to find out what you get satisfaction from and are good at, because we all have different strengths, and then to believe that you can achieve something. I value working with other people and I was very fortunate to be able to build up a strong research team. But I’m conscious that young women starting out now will have to face all sorts of problems that I didn’t (academic jobs are more difficult to get, as is research funding). And doubtless some things will now be easier too. 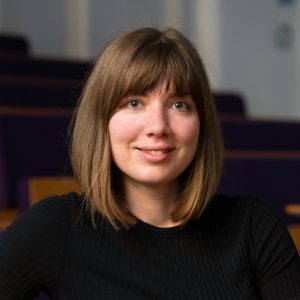 Ludmilla was appointed the Goodenough  Fellow in Inorganic Chemistry in 2021, and is the College’s newest fellow.

Do you have a female role model?

I would not say I have one specific female role model. I think I am lucky to have grown up with a mindset that puts no limits on which profession a woman can choose and how successful she can become. This mindset was certainly shaped early on by my mum who is a mechanical engineer and later likely also by Angela Merkel who has demonstrated strong leadership through thought-through decisions during her time as German Chancellor. I think I like to attribute her critical thinking and decision-making to her scientific background.

Why did you choose a career in chemistry and in academia?

I developed my interest in chemistry already in school because it combined (often) colourful and beautiful experiments with a logical explanation of the principles and mechanisms behind those experiments. I became fascinated by colour and the interaction of light with matter which has driven me to learn more about semiconductors during my undergraduate studies in chemistry and to pursue research on solar cells and photocatalysis.

I thought a career in academia would enable me to follow my curiosity and continue in research. I also have always enjoyed tutoring/teaching since my days at school. So I think I saw an academic career to be a good fit for me and vice versa.

Do you feel that significant barriers remain in place for female academics, and for women in general?

I only recently became an academic so I might answer that question more in-depth in a few years. But I can say that throughout my career, I do not feel that I have been treated any different to my male colleagues in equivalent career stages and I have not felt the existence of significant barriers. However, I am aware that this is not the case for all women.

I have witnessed or heard about outrageous sexist behaviour in academia and for those women, there are certainly barriers to achieving their full potential. To overcome those, we need the support of everyone and especially men in leading positions who listen to the concerns and are able to take action against such barriers.

I think a barrier often not discussed in public is the gender pay gap which for me is not about the money but about equality and the acknowledgement of the quality of work that women deliver (similar to an award). Everyone wants to take pride in what they do and the salary is in a way a reflection of the quality of work, of the career stage and development and of one’s negotiation skills. I personally enjoy negotiating but only when I am treated fairly compared to male colleagues in equivalent positions.

It’s nearly 50 years since a handful of the then male-only Oxford colleges first admitted women. How do you think the academic world will be for women 50 years from today?

I can only say what I hope to see. I hope it will become the new normal to have balanced numbers of female and male academics, especially in the natural sciences and engineering departments. But for this to change we would not only need to make sure recruitment processes are unbiased and the recruitment committees are gender-balanced but more importantly, we need to generate interest and fascination around these subjects in school-age girls all around the world such that the number of female applicants will be the same as the number of male applicants.

Do you have any advice for young women who want to succeed in academia?

Seek a mentor and choose your PhD and postdoctoral supervisors well. During school and my undergraduates, I always thought that success is solely achieved through hard work, constant personal and professional growth and perseverance. But I only later understood how much it also depends on people around you.

For example, your supervisors are ideally people who support your career progression with well-written, honest and convincing reference letters. They will also be facilitating introductions to an important network of collaborators. So choose them carefully and do your research about whether they are not only excellent scientists but also supportive human beings.

Ask someone to mentor you during various steps of your career so you understand the rules of the game you are playing from the start. This helps you understand what you need to achieve and which boxes you need to tick and when to get to the next career step. Do not leave the planning of your next career step to the end of a contract. You could even have several male and female mentors.

Ask for regular feedback and also tell the people around you that you want to hear constructive criticism so you know where you can improve, but more importantly, also positive feedback so you hear and learn from where you did well. I have the impression that women tend to underestimate their achievements and are too critical of themselves. Receiving independent feedback (from someone who is not your friend) will give you a better understanding of where you stand compared to others. This can be crucial in times of self-doubt and before thinking of a career change.

The College library is also holding an exhibition to mark the day, featuring works from and about global women that have pushed boundaries and discussions.

In 2021, with the help of the JCR Women’s Rep, we profiled a number of female Catz fellows and alumni. Read what they had to say.