The annual Henfrey Prize for Composition supports the creation of new, outstanding chamber music and is open to students and recent graduates from the University of Oxford, with a prize of £1,000. Up to four composers will be selected to take part in this year’s competition. These composers will attend an initial online workshop with Trio Atem and Judith Weir in October to become familiar with the performers and instrumentation. Competition participants will have two months to write a new 7-10 minute work for Trio Atem, which will be workshopped in person at the end of January, receiving feedback from Judith Weir and the Trio. Following the workshop, composers will be given time to revise their compositions before the final submission in mid-March. At the end of April, all four pieces will be premiered by Trio Atem and the prize-winner will be selected at the end of the concert by Judith Weir. All composers will receive archival-grade recordings of their compositions to use for their professional development.

Applicants must be available for the following dates*, but arrangements can be made for virtual attendance as necessary for mobility needs or extenuating circumstances.

*Given the uncertain circumstances on account of Covid-19, these dates or arrangements may be modified.

This competition is open to any current University of Oxford student (undergraduate and postgraduate in any course of study) AND those who have completed their courses after May 2018.

The following application materials should be submitted to Alison Bell at masters.office@stcatz.ox.ac.uk.

Ensure that the score, programme note, and supporting statement are anonymised.

If you have any questions, please email Alison Bell at masters.office@stcatz.ox.ac.uk. 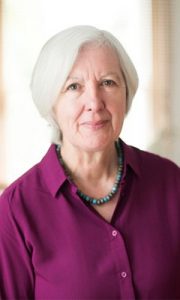 Judith Weir was born into a Scottish family in 1954, but grew up near London. She was an oboe player, performing with the National Youth Orchestra of Great Britain, and studied composition with John Tavener during her schooldays. She went on to Cambridge University, where her composition teacher was Robin Holloway; and in 1975 attended summer school at Tanglewood, where she worked with Gunther Schuller. After this she spent several years working in schools and adult education in rural southern England; followed by a period based in Scotland, teaching at Glasgow University and RSAMD.

During this time she began to write a series of operas (including King Harald’s Saga, The Black Spider, A Night at the Chinese Opera, The Vanishing Bridegroom and Blond Eckbert) which have subsequently received many performances in the UK, Germany, Austria, the Netherlands, Belgium and the USA. The most recent opera is Miss Fortune, premiered at Bregenz in 2011, and then staged at the Royal Opera House Covent Garden in 2012.

As resident composer with the City of Birmingham Symphony Orchestra in the 1990s, she wrote several works for orchestra and chorus (including Forest, Storm and We are Shadows) which were premiered by the orchestra’s then Music Director, Simon Rattle. She has been commissioned by the Boston Symphony Orchestra (Music Untangled and Natural History) the Minnesota Orchestra (The Welcome Arrival of Rain) and the London Sinfonietta (Tiger under the Table); and has written concert works for some notable singers, including Jane Manning, Dawn Upshaw, Jessye Norman and Alice Coote. Her latest vocal work is Good Morning, Midnight, premiered by Sarah Connolly and the Aurora Orchestra in May 2015.

She now lives in London, where she has had a long association with Spitalfields Music Festival; and in recent years has taught as a visiting professor at Princeton, Harvard and Cardiff universities. Honours for her work include the Critics’ Circle, South Bank Show, Elise L Stoeger and Ivor Novello awards, a CBE (1995) and the Queen’s Medal for Music (2007). In 2014 she was appointed Master of The Queen’s Music in succession to Sir Peter Maxwell Davies. In January 2015 she became Associate Composer to the BBC Singers.

Much of her music has been recorded, and is available on the NMC, Delphian and Signum labels. In 2014-15 there were releases of The Vanishing Bridegroom  (NMC) and Storm (BBC Singers/Signum).  Judith Weir’s music is published by Chester Music and Novello & Co.  She blogs about her experiences of cultural life in the UK at judithweir.com. 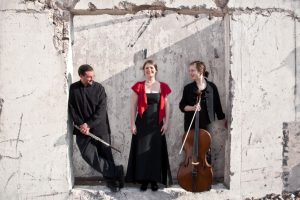 Trio Atem is one of the UK’s most exciting and dynamic contemporary music ensembles. With only a small number of existing works in the repertoire (Helmut Lachenmann’s temA chief among them), their principal commitment since forming in 2007 has been to commission new work for the unusual flute-voice-cello combination.

Trio Atem has recorded on the another timbre label, and received funding for commissioning activities from the PRS for Music Foundation, RVW Trust, & Arts Council England.